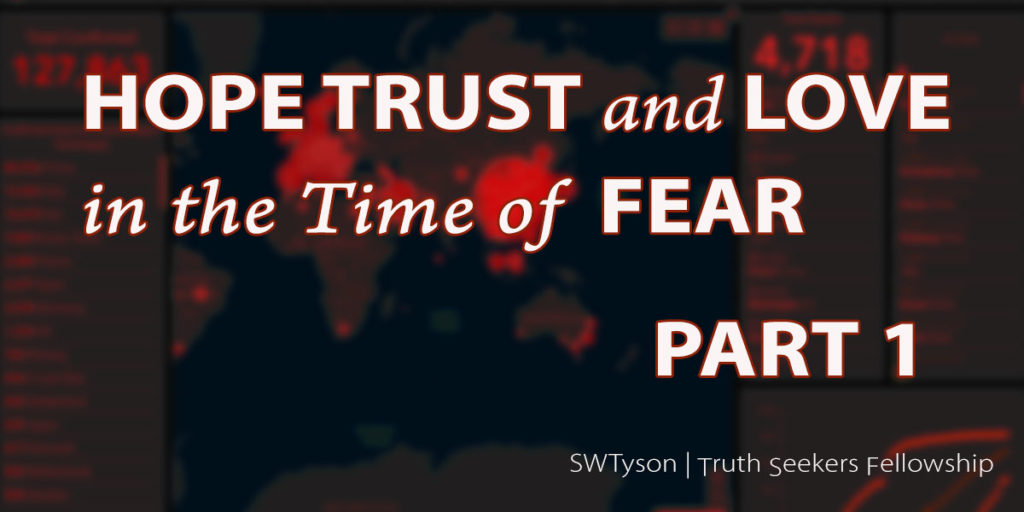 In AD 165, at the apex of Roman power in the West, the Antonine Plague erupted. It is also called the Plague of Galen named after a physician who observed and recorded the symptoms of the contagion. This plague would last till AD 180 and although there is some debate, some estimates say that as many as 2,000 people died per day.

At the time of Antonine Plague, Marcus Aurelius initiated a persecution of Christians when they refused to give homage to the gods and so appease their wrath made manifest in the plague. Even in this persecution, the Christians cared for their “pagan neighbors” who were sick and dying.

Then comes the plague of Cyprian (circa AD 249-262). Some estimate that as many as 5,000 a day were dying. The plague is named after the Bishop of Carthage who encouraged Christians not to focus in grief on the victims, but to devote their fervent efforts in caring for those still living— the sick and the dying. Cyprian encouraged his flock to act with higher morals, overcome evil with good, and in the mercy and kindness of God do good to all people, not just those of the Household of Faith.

And so they did. Many scholars believe that the way these early Christians responded to these plagues was a key factor in the cultural emergence of Christianity in the 4th Century. One writer says,

“These epidemics swamped the explanatory and comforting capacities of paganism and of Hellenistic philosophy. In contrast, Christianity offered a much more satisfactory account of why these terrible times had fallen upon humanity, and it projected a hopeful, even enthusiastic, portrait of the future”

(Rodney Stark, The Rise of Christianity: A Sociologist Reconsiders History).

In 1527 Martin Luther chose to stay in Wittenberg and serve the sick and dying during an outbreak of the bubonic plague. This decision would cost his daughter Elizabeth’s life. Luther would later write an open letter now called, “Whether One May Flee a Deadly Plague” or “Whether One May Flee Death.” It is a fascinating tract in which Luther lays out both reasons for some to stay and for some to flee to safety in a time of plague.

The point is this: For followers of Christ, times of crisis present an opportunity for us to present our hope, faith and love in a powerful, practical way. We should remember that we do not merely serve the physical needs of our neighbors, but more importantly their spiritual needs.

What we are dealing with now is nothing new. In reality, what we are facing in the US now is nothing compared to pandemics of the past, so far. But this outbreak is deadly serious. Both the fatality rate and the extremely contagious nature of this virus warrant that we follow the measures that are being mandated by our leaders and health care professionals.

As I write this, there are 7,509 death attributed to COVID-19 worldwide. These are not just numbers, they are people. We should not be insensitive to the emotional and personal impact this virus has had on the families who have lost loved ones.

The pandemic also poses more than the physical threats. There is the possibility that this crisis could overwhelm our ailing and fragile health care system and that greed, selfishness, and profiteering could potentially do more damage than the virus itself.

But there is more going on here; something deeper, something more sinister: the power of fear. The anxiety and panic that is being fomented in and by this crisis threatens our world in powerful ways. Those with wisdom who have faced similar times recognized this and called it out by name.  We think of Franklin D. Roosevelt famous quote, “The only thing we have to fear is fear itself.”

There are other things to fear, there is little doubt about that. However, Roosevelt’s words touch on the reality that fear is a type of spiritual virus that multiplies quickly and produces panic and chaos with potentially devastating effect.

So, as the Household Faith, what are we to do?

Over the next several days, I would like to lay out 4 foundational truths that have shaped my own confidence in Father-God’s goodness and has sustained His people through the ages, in both times of peace and times of crisis: 1) The Providence of Father God Sustains Us, 2) Hope In Christ Anchors Us, 3) Trust in Christ Secures Us, 4) The Love of Christ Controls Us.

The Providence of Father God Sustains Us

In times of trouble or suffering, all of us have heard the shallow and insensitive statements of “God works all things together for good…” and “God is in control…” These statements are true in and of themselves, but well meaning people often use them to cover up the reality that they have nothing helpful to say. I am convinced that most people don’t struggle with the issue of whether or not God is in control. They struggle with the deeper question, “Does God care?”

Jesus gives us great help here. First, He reorients our relationship with God by giving us the permission to call Him “Father,” more specifically, “our Father in Heaven”:

Pray then like this:
“Our Father in Heaven, hallowed be your name.

I try not to use the word “god” without clarification. That word can mean a lot of different things to different people. When we reference “Father God” something important is communicated. In the New Testament, the One True God is identified as “The Father of our Lord Jesus Christ” (Romans 15:6, 2 Corinthians 1:3, Ephesians 1:3, Colossians 1:3, 1 Peter 1:3). Now there is no mistake who we are referring to.

Even more than that, when we think about, pray to, and address Him as “Father God”, or “our Heavenly Father”, we creating a mental space that is shaped by His Fatherly love and concern. God is our Heavenly Father and He cares for us as His beloved children:

Yes, this is true of us as Father God’s children, accepted in Christ. But Jesus also makes it clear that our Heavenly Father graciously provides for all:

“You have heard that it was said, ‘YOU SHALL LOVE YOUR NEIGHBOR, and hate your enemy.’ “But I say to you, love your enemies, and pray for those who persecute you in order that you may be sons of your Father who is in heaven; for He causes His sun to rise on the evil and the good, and sends rain on the righteous and the unrighteous.

Later, Jesus is instructing his students and warning them of the persecution that would come to them as His followers. In that context He says,

And do not fear those who kill the body but cannot kill the soul. Rather fear Him who can destroy both soul and body in hell. Are not two sparrows sold for a penny? And not one of them will fall to the ground apart from your Father. But even the hairs of your head are all numbered. Fear not, therefore; you are of more value than many sparrows.

Father-God is in control. Father-God provides. Father-God cares. The Scriptures are clear on these points. And let me suggest that since Father-God truly is “working all things together for good” in our lives, then He has also been preparing us for these days.

In Acts 17, Paul says, “And God made from one man every nation of mankind to live on all the face of the earth, having determined allotted periods and the boundaries of their dwelling place, 17:27 that they should seek God, and perhaps feel their way toward him and find him. Yet he is actually not far from each one of us,…” ( Acts 17:26–27).

Each and every one of us have been placed where we are and when we are in order to enable us to search for God! Father-God has placed us in the times in which we find ourselves to accomplish His purposes for us, His purposes in us, and His purposes through us. Nothing about out life has been left to “chance.”

All of this has been traditionally taught as “the providence of God.” The Heidelberg Catechism defines God’s providence as,

“The almighty and ever-present power of God

by which God upholds, as with His hand,

heaven and earth and all creatures,

and so rules them

that leaf and blade,

all things, in fact, come to us not by chance but by His fatherly hand.”

Focus on that last line: all things come to us by Father God’s hand. There is absolutely nothing that comes to us that has not passed through His hands first.

Because Father God is working out His good and glorious purposes.

We may not be able to know or comprehend the full purposes of Father God in every situation, but we can be assured that He is faithful, He is trustworthy. As my mentor Tom Murray used to say, “When things are over our heads, they are still under Christ’s feet.”

In the next post, we will consider how our Hope in Christ Anchors Us.

Posted in Articles, Blog
← Ideas That KillHope, Trust and Love in the Age of Fear | Part 2 →